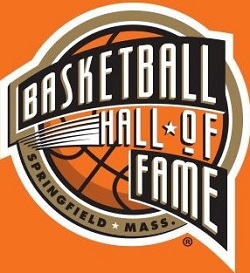 The Naismith Memorial Basketball Hall of Fame and the Women's Basketball Coaches Association announced today the 20 watch list candidates for the 2022 Katrina McClain Award. Named after the two-time All-American and 1987 National Player of the Year, the annual award in its fifth year recognizes the top power forwards in women's NCAA Division I college basketball. A national committee of top college basketball personnel determined the watch list of 20 candidates.

“From the University of Georgia to Team USA, Katrina McClain was a standout power forward,” said John L. Doleva, President and CEO of the Basketball Hall of Fame. “To be named to the McClain Award watch list is a tremendous honor and we're proud to recognize these tremendous student athletes. As we launch our fan voting component tomorrow, we encourage fans to cast their votes alongside our distinguished selection committee.”

College basketball fans are encouraged to participate in Fan Voting presented by Dell Technologies in each of the three rounds. In late January, the watch list of 20 players for the 2022 Katrina McClain Power Forward of the Year Award will be narrowed to 10 and then in late February to just five. In March the five finalists will be presented to Ms. McClain and the Hall of Fame's selection committee where a winner will be selected.

The winner of the 2022 Katrina McClain Award will be presented on a to be determined date, along with the other four members of the Women's Starting Five. Additional awards being presented include the Nancy Lieberman Point Guard Award, the Ann Meyers Drysdale Shooting Guard Award, the Cheryl Miller Small Forward Award and the Lisa Leslie Center Award, in addition to the Men's Starting Five.

For more information on the 2022 Katrina McClain Power Forward of the Year Award and the latest updates, log onto www.hoophallawards.com and follow @hoophall and #McClainAward on Twitter and Instagram. Starting Five Fan Voting presented by Dell Technologies will go live on Friday, October 29.