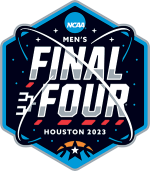 On January 18, the Houston Local Organizing Committee (HLOC) and 2023 NCAA Men’s Final Four announced the free and affordable events surrounding the upcoming Men’s Final Four Division I Men’s Basketball tournament's National Championship Week in Houston. These ancillary events will give college basketball fans the opportunity to celebrate in free and low-cost ways, with family-friendly activities throughout National Championship Week from March 31 through April 3, 2023:

HLOC and NCAA executives also revealed the recipient of the 2023 Legacy Project®. This year, the Blue Triangle Center (3005 McGowen St.) will receive a full basketball court renovation to help create a true basketball and sports destination in Houston's Third Ward. Unilever®, and its retail partner, H-E-B®, will be stepping in to beautify the facility's exterior.

“With the renovations at the Blue Triangle Center and the events surrounding National Championship week, culminating in the Semifinal and Championship games April 1 and 3, we are excited for basketball fans from Houston and all over the country to be part of college basketball's biggest celebration,” NCAA Vice President of Men's Basketball Dan Gavitt said.

“Our goal was to make sure that everyone who wanted to be part of the 2023 Men’s Final Four had the opportunity, and these free and budget-friendly ancillary events offer a chance for everyone to join in the celebration,” HLOC President Holly Kesterson said.