The Houston Women's Basketball team will face eight of its 11 fellow American Athletic Conference members inside the Fertitta Center, as announced by the conference office in its 2019-20 pairings for the upcoming season. 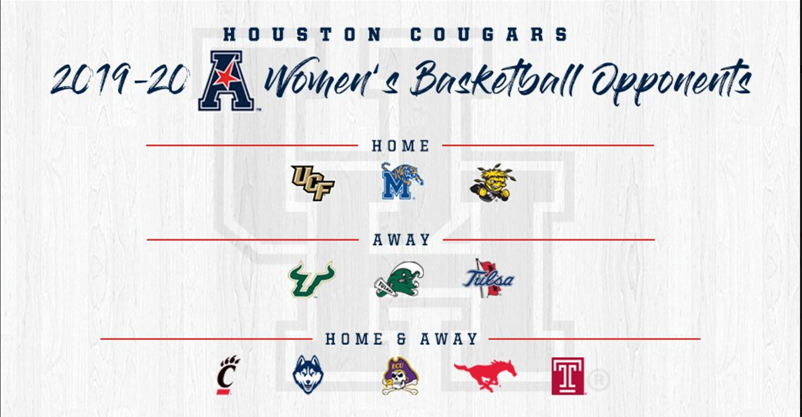 Head Coach Ronald Hughey's squad will take part in a home and away series with Cincinnati, UConn, ECU, SMU and Temple next season. The Cougars will host Cincinnati for the first time since 2017-18 season and return to ECU after a one season hiatus. This will be the second straight season that Houston has both traveled to and hosted Temple and UConn.

The Cougars will travel to USF, Tulane and Tulsa for away-only meetings during the upcoming season. Houston split their regular season series with the Bulls, while defeating both Tulsa and Tulane last season.

Stream live sports and ESPN originals PLUS receive the ESPN Insider when you subscribe to ESPN+ for only $4.99 a month. Click this link and sign up. Or, contribute to The HRR's Tip Jar. Thank you in advance.