He earned All-Big 12 Honorable Mention as well as a spot on the Academic All-Big 12 First Team for the 2020-21 season.

Here are his career stats: 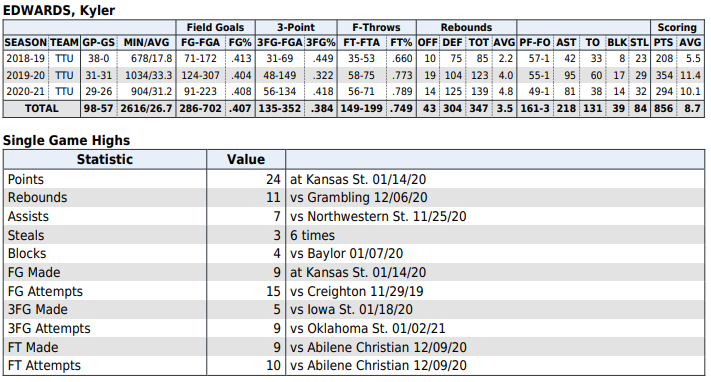 CLICK HERE for news and info about the Coogs' men's basketball team.